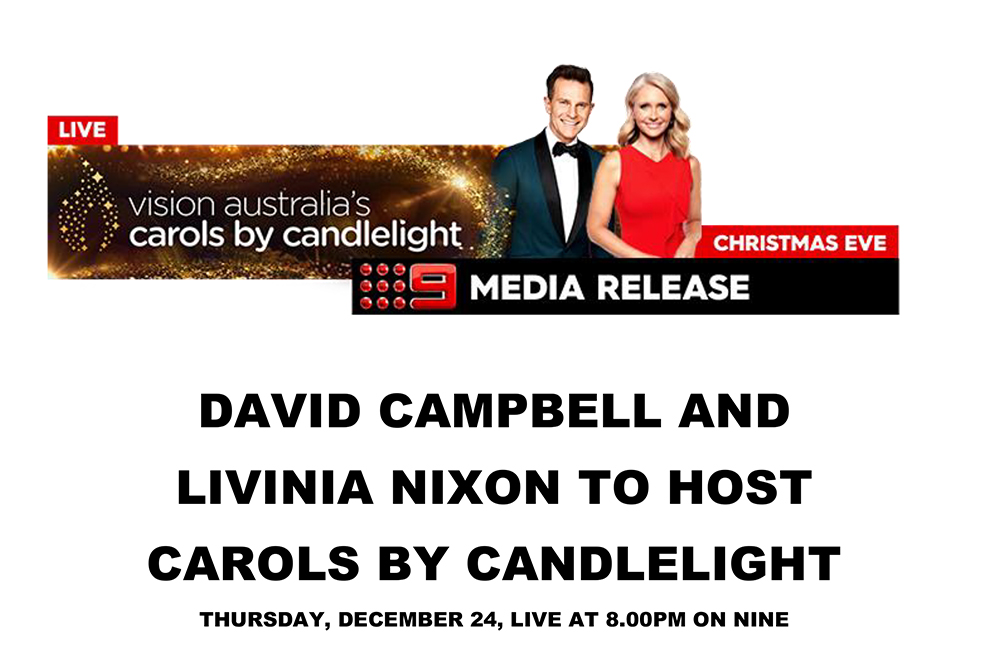 Vision Australia’s Carols by Candlelight at the Myer Music Bowl will not have a live audience this year but will be broadcast live on Channel 9 at 8PM – AEST on Christmas Eve as well as a replay on Christmas Day. Radio 3AW will broadcast the event live from 6PM until midnight on Christmas Eve.

It will be hosted David Campbell and Livinia Nixon with performances from pop superstar Dami Im, TV personality Silvia Colloca and tenor Michael Leonardi. They will be joined by The Voice 2020 winner Chris Sebastian along with Anthony Callea, Tim Campbell, Marina Prior, Silvie Paladino, David Hobson and Denis Walter. And of course Santa.

Carols by Candlelight is Vision Australia’s biggest fundraiser event of the year.