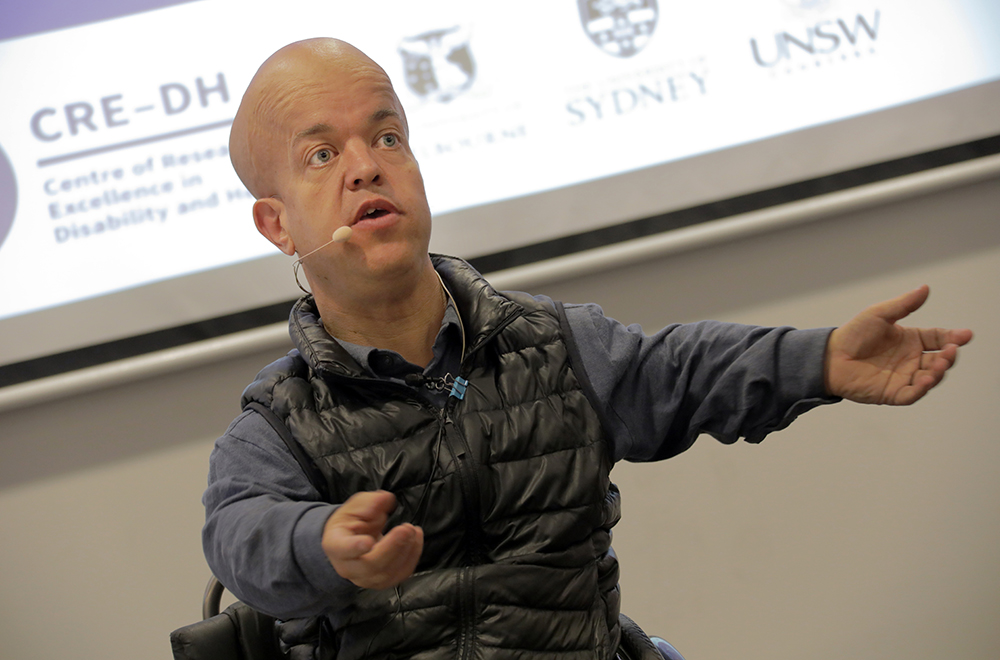 Issues surrounding the National Disability Insurance Scheme, and what it takes to achieve control and choice for people living with disabilities, were brought into sharp focus at a recent University of Sydney event.

Speakers Professor Tom Shakespeare, (pictured) from the University of South Anglia in the UK and Sue Salthouse, convenor the Women with Disabilities in the ACT, shared their observations with the packed auditorium.

Shakespeare believes choice and control requires change and training of professionals in the sector that needs to be redirected away from its current approach. For Salthouse it is the “equal partnership” that is missing and despite the person-centered focus of the NDIS participants are being robbed of autonomy.

Having more people with disability in leadership positions was also raised by the speakers and members of the audience.

So what does choice and control mean? What does it depend on? Shakespeare said change was necessary for delivering respect and dignity to people with disability. “How do you teach, GPs, nurses, therapists and other professions to regard those with disabilities with respect and uphold their dignity? That is at the core of what we are fighting for.” He said it was proving to be difficult because the direction of training was away from this. “The right people are coming into the profession, I am not criticising that, but because we break things down into symptoms and problems we end up not seeing the whole person but the problem and this undermines the respect we have for the other person. So being listened to is essential to achieve this.”

It also about power too, he said, because it requires transfer of power, either from the state, the parent, the charity, the professional, from the business, to the person with disability.

“To express their will and preference some people may need advocacy, support or different measures to make these choices.   We cannot assume it is an individual model of choice. There has to be options available because without them there is no choice or control.”

The NDIS represents a huge step forward, Shakespeare said, as it enables people to exercise choice and control. “It encourages me and makes me feel it is coming from the right place. People with disability living in the community, having control, this is what we want.”

Recognising that the needs of people with disability were the same as the needs of everybody else and making the distinction between physical and social dependence were also key, according to Shakespeare. “Imagine a group of people who live separately from everyone else with special schools and special transport. The distinction between physical and social independence does not mean you have to be able to do everything for yourself but be able to control how things are done.”

Thin employment markets in the UK were another issue, particularly in regional areas and, like Australia, it was becoming increasingly difficult to recruit support workers. Shakespeare said one reason was the sparse population and the other was money, with the daily rate being squeezed in the UK. A decade ago personal assistants were paid £10.40 an hour, today they are paid £8 an hour. Workers were being paid for the value of the role, which while important, can be difficult and complicated.

“If we did pay for that now it would improve things at all levels, so you end up with people not having commitment to the job. There are also worries around exploitation which is why safeguarding and inspections are important.” Shakespeare said the biggest victims of the GFC had been the workers, mainly migrants and young people. “You cannot have exploitation of staff on the back of exploitation of other people. You don’t slot out the system by hitting the workers.”

Sue Salthouse agreed that people with disability should have the same rights as others in society to determine their own best interests. This included the right to exercise choice and control and engage as equal partners in decisions that will affect their lives to the full extent of their capacity.

In her opinion not all of the principles of the Convention of the Rights of Persons with Disability (CRPD) are being met. She said it was important to focus on the Disability Rights Movements slogan of the 80s that applies today and that is: ‘nothing about us without us.’ While acknowledging there is consultation and changes occurring to the participant pathway, when it comes to shaping an individual plan it can be in the hands of a planner who may have very little experience about the intricacies of the Act, or its guidelines, but who hold a great deal of power to determine what is in the plan, she said.

“There is very little capacity to move between different parts of the budget so planning ahead is restricted and the planning process is critical to having choice and control.” According to Salthouse an option in the NDIS, which is not well known, is that participants can make a co-payment to make up the balance of the money allocated to purchase a more expensive item.

“Although in the Act choice and control are presented as a single principle, in fact, I think they are different and our first job is to de-couple choice from control.” And choices are not always available for people with or without a disability. “Whether we consider an activity, or purchasing a product in the current NDIS system, planners and the planning process inhibit the ability to make the big choices and the choices available are severely limited. Making choices is about decision making and in the current set-up a high proportion of participants are adults with congenital and cognitive impairment and the majority may not have much experience in decision making, risk taking or deciding what is in their own best interests.

“We don’t have a universal well-developed mechanism in place to support decision making which is one of the most active areas in Australia, both inside and outside the NDIS. My big hope that is young people with cognitive impairment are going to bypass substitute decision-making and be much more practiced in making a choice and decision about their lives.

“There is an emotional component in all of this but the NDIS does not always enable people with disability to make choices. A plan is not a reliable source of income because funding often comes in bubbles, a useful analogy because the bubble can be pricked by the planner and disappears in a plan review. Equipment needs can be reduced and there is no ability to bank funds to plan a longer holiday without triggering a plan review. These shortcomings in the NDIS are not set in concrete and are under discussion and my understanding is that the NDIS is taking logical steps in the right direction.”

In the UK the social worker visits and discusses what the client wants, Shakespeare said. “Often you don’t get what you want and while the principle and formula is there it can be a bit mysterious. But the social worker does come and visit which is how it should be.”

Housing was another issued raised at the event, where choices are being compromised when it comes to people with disability able to live independently.

Also missing in action, not just in the disability sector, but also in mainstream area was the lack of people with disability holding leadership, or any key roles. The leading question which went largely unanswered was: How many service provider organisations are there which are run or governed by people with disability? With 800 politicians across jurisdictions in Australia, and only two MPs with disclosed disabilities there was a loud call for more representation in government.

Shakespeare also asked about the collective voice in all of this? In the UK disability organisations must have people with disability on the committees, he said. “People with disability are talented and have contributed much to the world. More people should be in leadership positions, whether it is business, the arts, politics or the church. “If they have something to offer a space should be made available for them.”

According to Salthouse, the community needs disability leaders to change things. Engaging with mainstream society has to be a large part of the brief for Local Area Coordinators (LACs) when the NDIS is fully rolled out. At present LACs are preoccupied with the rollout itself, she said.

“The NDIS is only part of a bigger whole, it is the most ambitious social reform of our time and I have not given up hope yet but there are key elements that still need to be addressed,” Salthouse concluded. 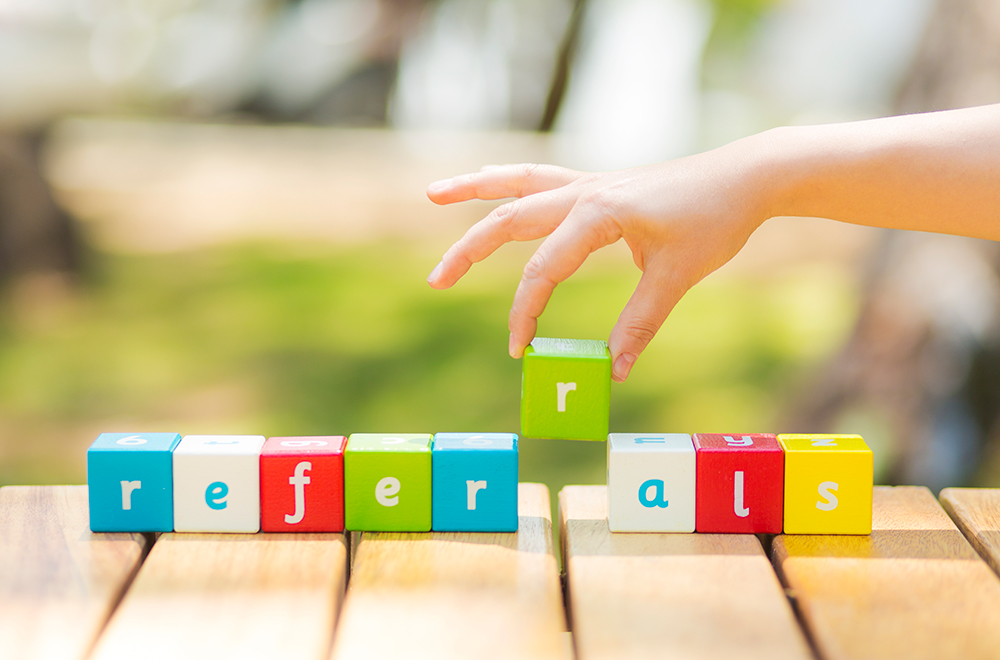 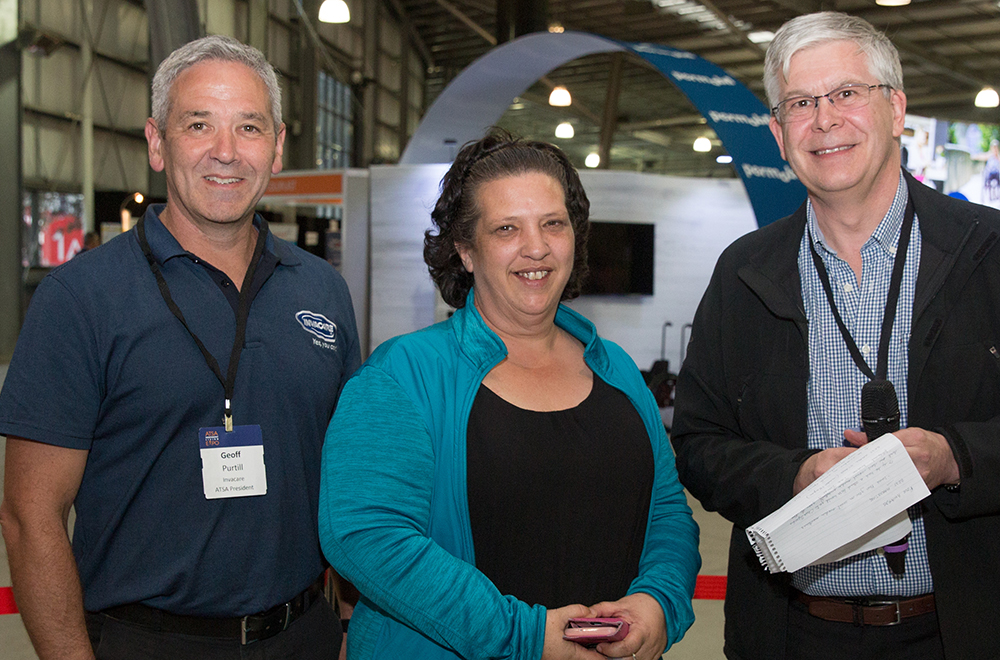